In June, Helsinki Public Prosecutor’s Office issued a decision stating that preliminary investigation regarding the question whether Zinzino´s operation has been a pyramid scam has been closed.

The decision stated that on the basis of the material gathered during preliminary investigation, Zinzino’s operations can be considered as sales-based. 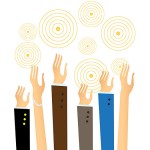